Jack Daniels barrels not just good for making great whiskey they are also used to in the aging process for Tabasco sauce. 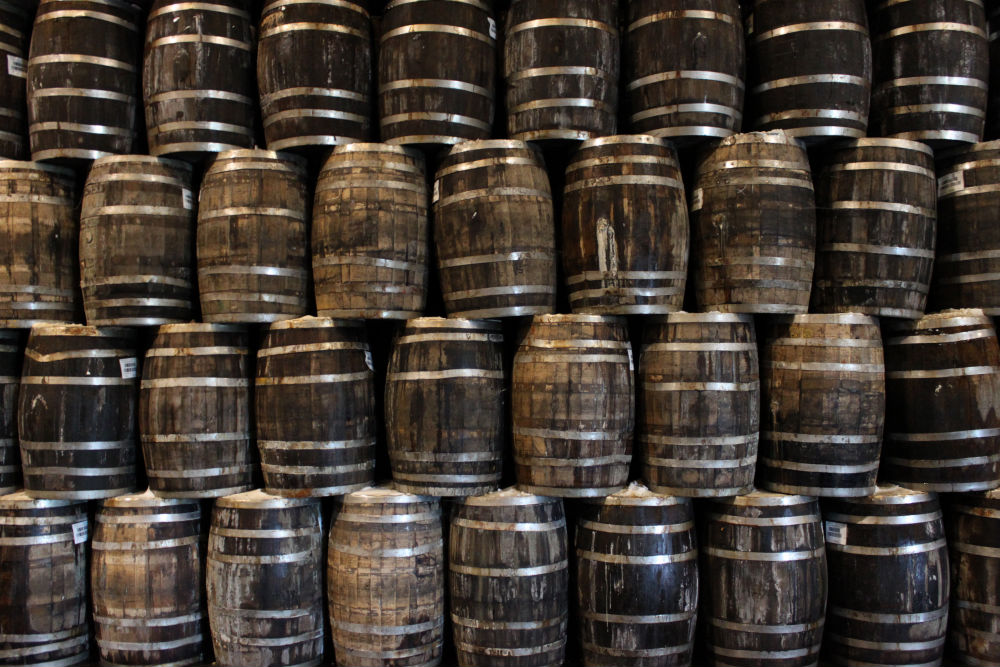 Peppers are ground into a mash on the day of harvest and placed along with salt in white oak barrels (aging barrels previously used for Jack Daniel’s Tennessee whiskey). To prepare the barrel, the inside of the barrel is de-charred (top layer of wood is removed), torched and cleaned, to minimize the presence of any residual whiskey.

The fresh peppers are mashed, mixed with a small amount of Avery Island salt extracted from the salt mines that lie beneath the Island, and placed in oak barrels. The wooden barrel tops are covered with more Avery Island salt to form a natural protective barrier, and the pepper mash is allowed to age for up to three years in the McIlhenny warehouse. This process creates the subtle flavor notes that are unique to the Original Red Sauce.

The mash is inspected by a member of the McIlhenny family. When approved, the fully aged mash is then blended with high-quality distilled vinegar. Numerous stirrings and about four weeks later, the pepper skins, pulp and seeds are strained out using three different-sized screens. Then the “finished” sauce is bottled by modern methods, labeled in 22 languages and dialects, and prepared for shipment to over 165 countries and territories around the world.

The following year’s pepper crop is insured by the McIlhennys, who personally select the best plants in the field during harvest. The pepper seeds from those select plants are treated and dried for use the following year, and then they are stored both on the Island and in a local bank vault as a hedge against any disaster that might befall future crops.

After they make the Tabasco sauce, the spent peppers are sold to a pharmaceutical company that makes things like pepper spray and medicinal applications.