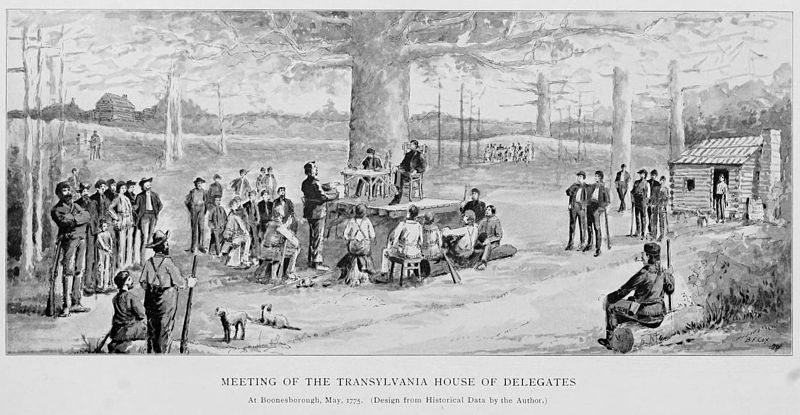 On 27 August 1774, Richard Henderson, a judge from North Carolina,[1] organized a land speculation company with a number of other prominent North Carolinians. Originally called “Richard Henderson and Company”, the name was first changed to the “Louisa Company”, and finally to the “Transylvania Company” on 6 January 1775. The men hoped to establish a British proprietary colony by purchasing Kentucky land from the Cherokee, who had settled much of the south and southeastern Kentucky areas and still claimed hunting rights in the abandoned Shawnee lands. 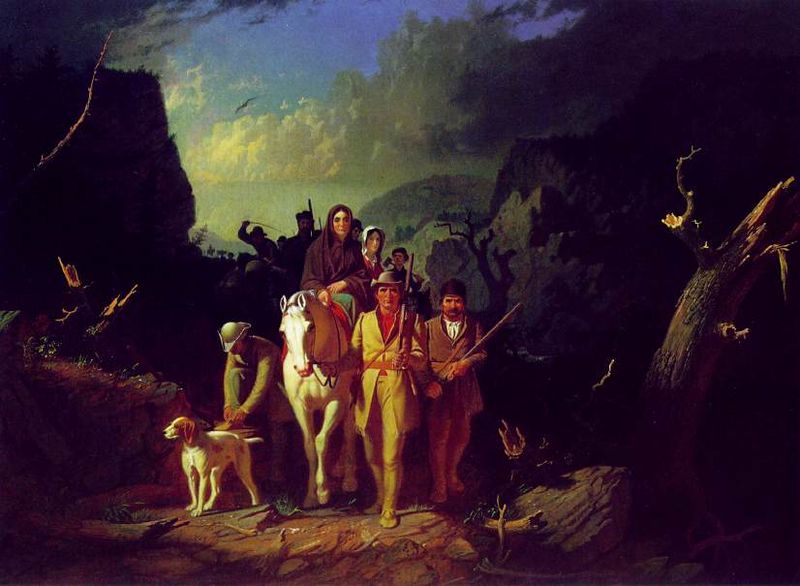 Henderson had hired Daniel Boone, an experienced hunter, to travel to the Cherokee towns and inform them of the upcoming negotiations.

“Back in the early 1770s, most Americans lived east of the Appalachian range. The mountains were hard to cross, and, frankly, the western lands were kind of scary.

Then Daniel Boone enters the story. He offered Cherokee leaders a couple wagonloads of guns, clothes, and cooking utensils in exchange for a huge tract located west of the Appalachians. Just getting to this new land was a burden; in fact, several in Boone’s company got scared and ran home, while others died in skirmishes with the native tribes. But in 1775 the expedition arrived on the Ohio River and established the town of Boonesborough.

excerpt from – Lost States: True Stories of Texlahoma, Transylvania, and Other States That Never Made It  By Michael J. Trinklein

The plan unraveled when it was discovered that the purchase was illegal under British law and that the lands had already been claimed by Virginia and North Carolina. For less than a year, the land existed as an extralegal colony. Shortly before the formation of the U.S., Virginia declared the Transylvania Purchase void and officially re-claimed the lands.