A Tennessee Bicentennial Rap by Joan Hill Hanks of Signal Mountain was adopted in 1996 by the State of Tennessee as the official state rap song. It is intended to provide a fun and easy way for citizens and students to learn and retain some Tennessee’s history.  While we appreciate the efforts of Mrs Hanks, it might be a good time to check in with Juicy J or Young Buck for an update. At least a nod to our whiskey traditions got a mention in this version. 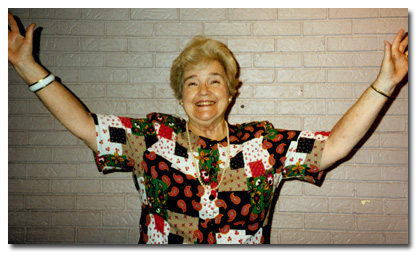 TENNE-, TENNE-, TENNES-SEE!
Oh, how proud we are of thee!y
Volunteer State since 1812 –
Glad our fathers picked here to dwell!

Baker, Gores, and Kefauver,
Served our country with honor!
U.T., Memphis and Vandy U.,
Tennessee Tech and Sewanee, too!

Appalachian Mountains, mountains high –
Reaching up in the smoky sky!
Tennessee River, flowing through –
We will cross near the Choo Choo!

Tennessee also holds the record for most state songs with ten as of 2013, most likely due to the music history of the state.

Tennessee’s first official state song was “My Homeland, Tennessee,” so sanctioned in 1925.