Home Part of Kentucky is trapped in Tennessee – Bubbleland

Part of Kentucky is trapped in Tennessee – Bubbleland 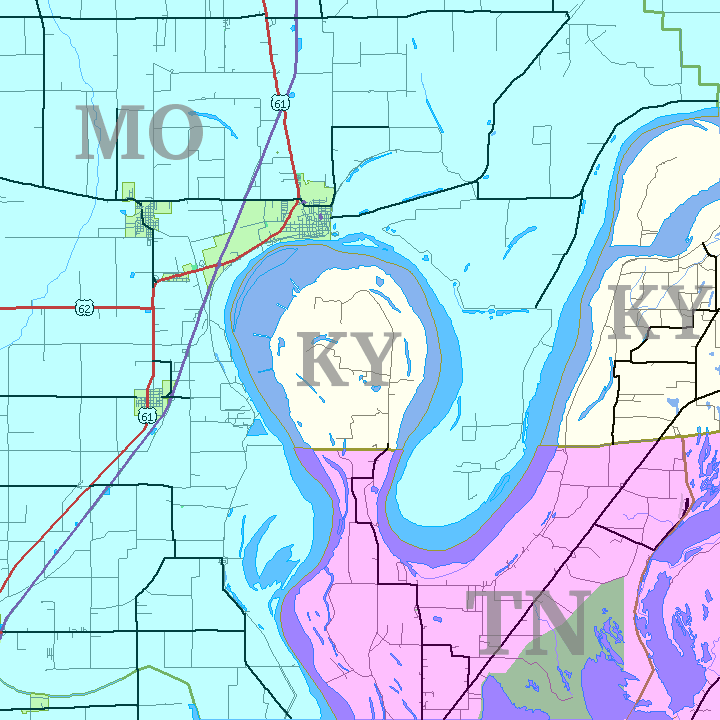 Kentucky Bend is a piece of land on the inside of an oxbow loop meander of the Mississippi River. Surrounded by the states of Tennessee and Missouri without touching any other part of Kentucky, it is an exclave of Kentucky. 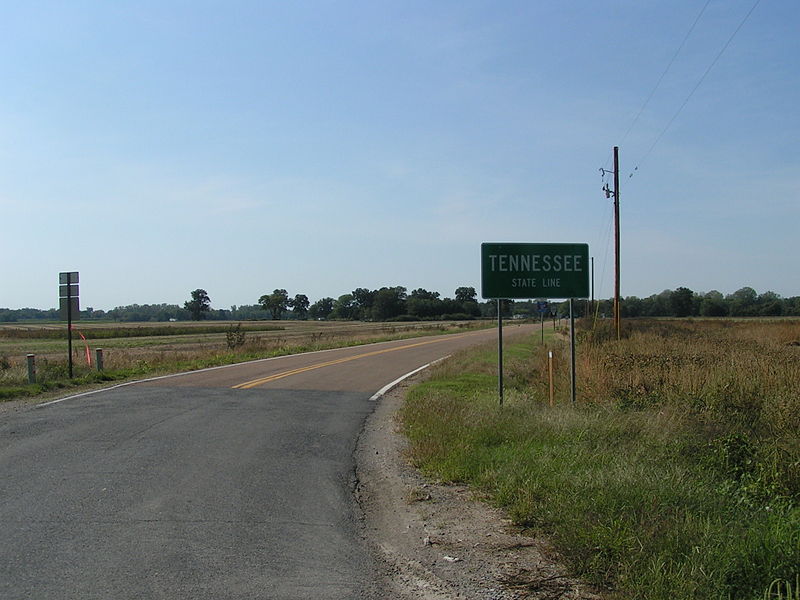 According to the latest census poll in 2000, Bubbleland was home to 17 Kentuckians, cut off from the mainland of their state by Missouri and Tennessee. Formally, their home is an exclave of Fulton County in Kentucky’s extreme southwest. It is only reachable via Tennessee State Route 22.

The event that created Bubbleland was the New Madrid Earthquake, actually a series of earthquakes in late 1811 and early 1812 that each may have registered 8.0 on the Richter scale, making them the largest quakes in the contiguous USA. Not only flattening most of the town of New Madrid nearby in Missouri, the tremors – felt as far away as Connecticut – also shifted the course of the Mississippi.

As Mark Twain wrote in life on the Mississippi a bitter family feud (Darnell – Watson) was set in this region.

Both families belonged to the same church … They lived each side of the line, and the church was at a landing called Compromise. Half the church and half the aisle was in Kentucky, the other half in Tennessee. Sundays you’d see the families drive up, all in their Sunday clothes, men, women, and children, and file up the aisle, and set down, quiet and orderly, one lot on the Tennessee side of the church and the other on the Kentucky side; and the men and boys would lean their guns up against the wall, handy, and then all hands would join in with the prayer and praise; though they say the man next to the aisle didn’t kneel down, along with the rest of the family; kind of stood guard……Every year or so, somebody was shot, on one side or the other, and as fast as one generation was laid out, their sons took up the feud and kept it a-going.”

The feud ended in the late 1800s when the last of the Darnells, an elderly father and his two sons, decided to flee the Bend by steamboat. The Watsons were told of the escape plans (word travels fast when there’s only 300 people) and showed up just as the Darnells were about to leave. They opened fire from the riverbank, killing the younger Darnells and snuffing out the family line.

World's largest treehouse and its in CrossvilleYes, Tennessee actually has an official state rap song