Home Skullbone Tennessee, a town that is just one store, a sign and crazy history

Skullbone Tennessee, a town that is just one store, a sign and crazy history 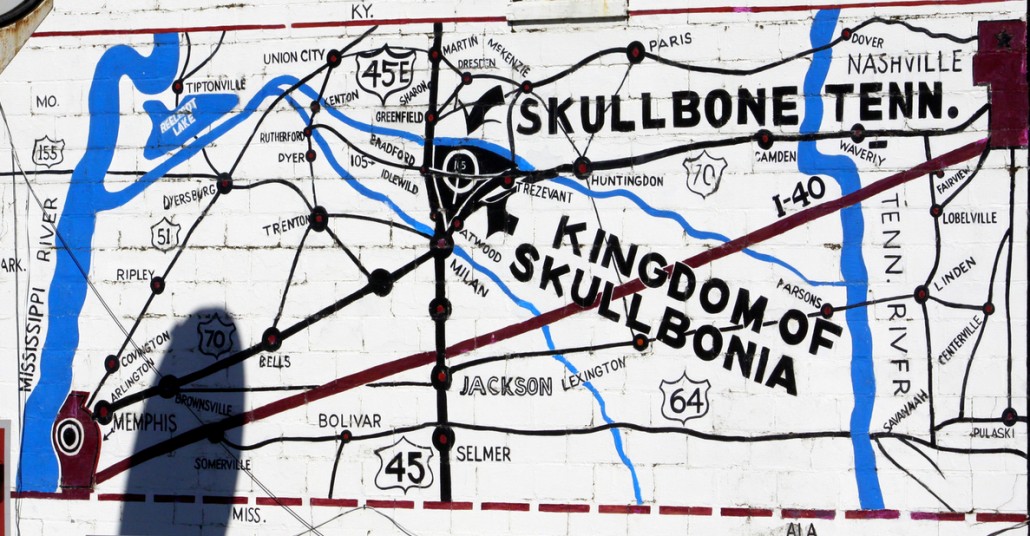 In West Tennessee at a crossroads exists the kingdom of Skullbonia also known as Skullbone Tennessee.  While not officially on the state map, it currently consists of just a general store – Hamptons. Although to some it might be viewed as just a business operation.  The “founder” Clipper Dowland was known for his entrepreneurial spirit in the town’s early days. 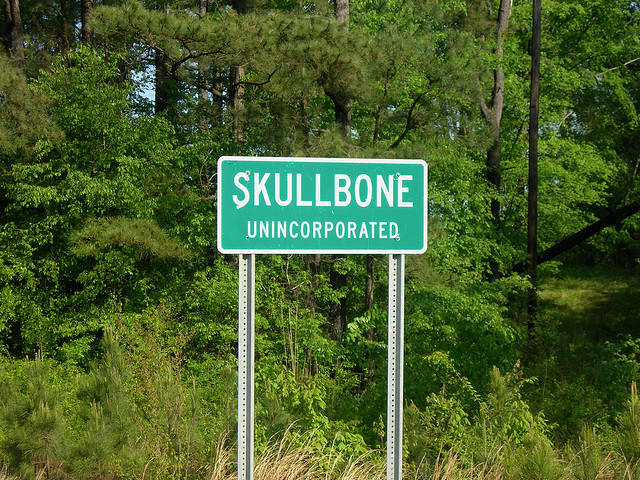 Skullbone is said to have been named for the bare knuckle matches, nicknamed skullboning, that were held in and around the community’s general store during the 1800s. For many years, Clipper Dowland owned that store, which for the last 38 years has been The Famous Hampton’s Store. A world traveler, Dowland “was interested in bringing people here and its novelty,” Blankenship said. “He had a vision of Skullbone going into something big.

National championships began to take place in this area, until some busybody in Washington finally got the sport declared illegal, and the proud citizens of the town of Gilbert, Tennessee, just north of Jackson, decided they would do something about it. First of all, they would secede from the Union, and second of all, they would give their town the quite remarkable name of Skullbone.  – Memphis Magazine 2012

It’s reported that Dowland in the 1930s had land, not far from where the music park now stands, where he held Dowland’s Grove Picnics and Grand Ole Opry entertainers brought 10,0000 spectators to the community. According to the website www.rootweb.com, it’s Skullbone where the singing of sacred songs by male quartets and folk and hillbilly music were successfully commercialized. 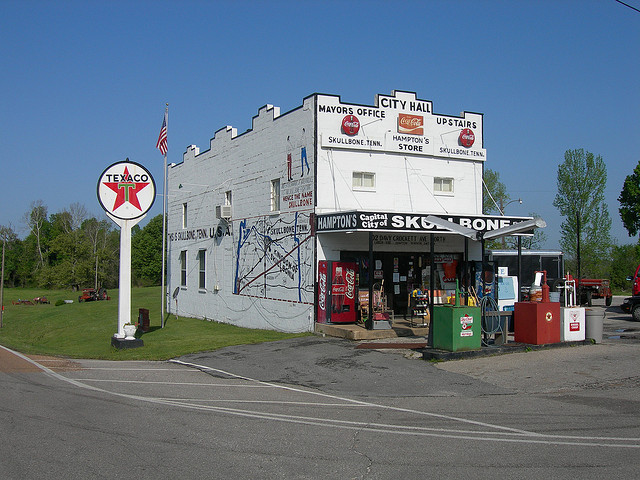 “The front of the store carries lots of signs: “Skullbone: Kingdom of Skullbonia” and “Hampton’s Store” and “City Hall” and “Mayors Office Upstairs” and — because the building once served as the post office, the names of various postmasters who served the community. 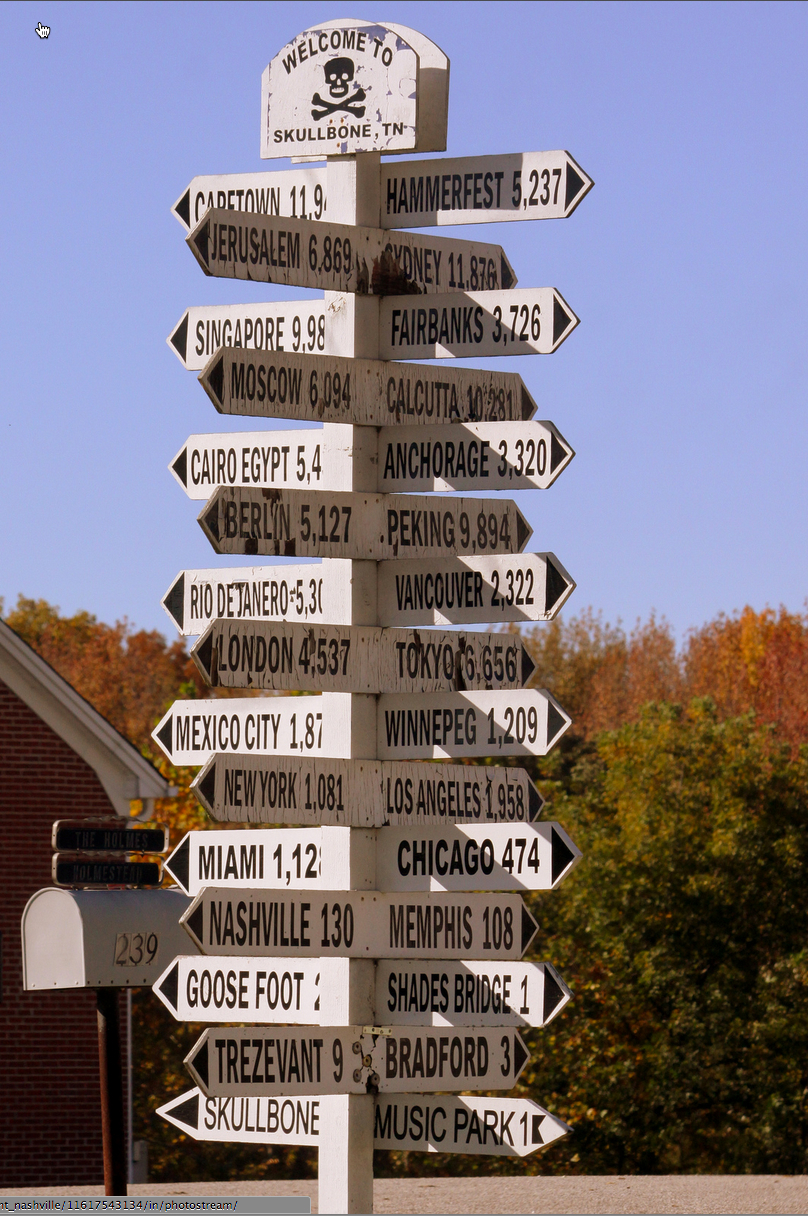 Across from the road is one of the most photographed sites in this area — a crazy signpost just loaded with arrows showing the direction and distance to locales such as Rio de Janeiro (5,300 miles) or Anchorage (3,320 miles). A bit closer by, the signs point visitors towards Goose Foot (2 miles) and Shades Bridge (1 mile). And right next to the sign is a battered telephone pole where, over the years, Skullbone visitors have nailed rows of old cowboy boots.” 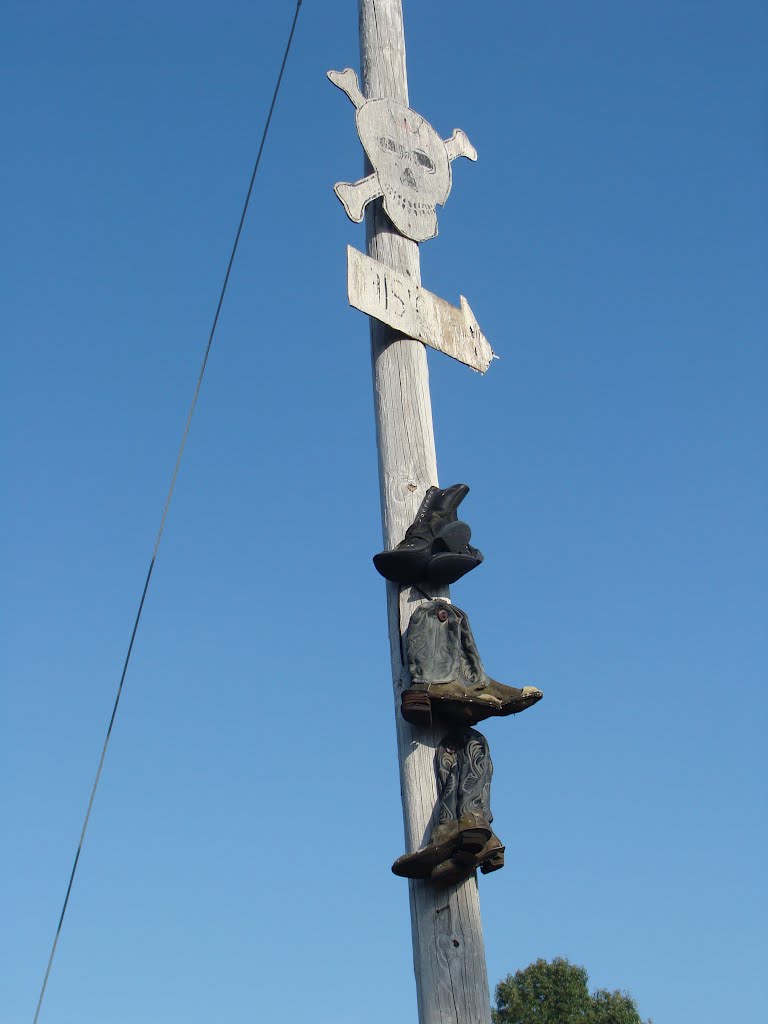 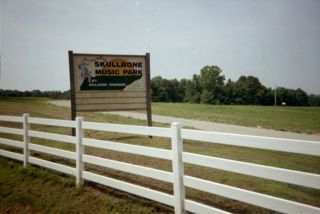 In the 80’s Alan Blankenship a licensed promoter from Milan, TN had the dream of opening his own venue, that dream became a reality in 1999 in Skullbone. “I bought a tract of land in the mid ’90s to build a home on,” he said. “At that point I semi-retired from the music business and moved to East Tennessee. But this business gets in your blood and I decided one night what I wanted to do.” 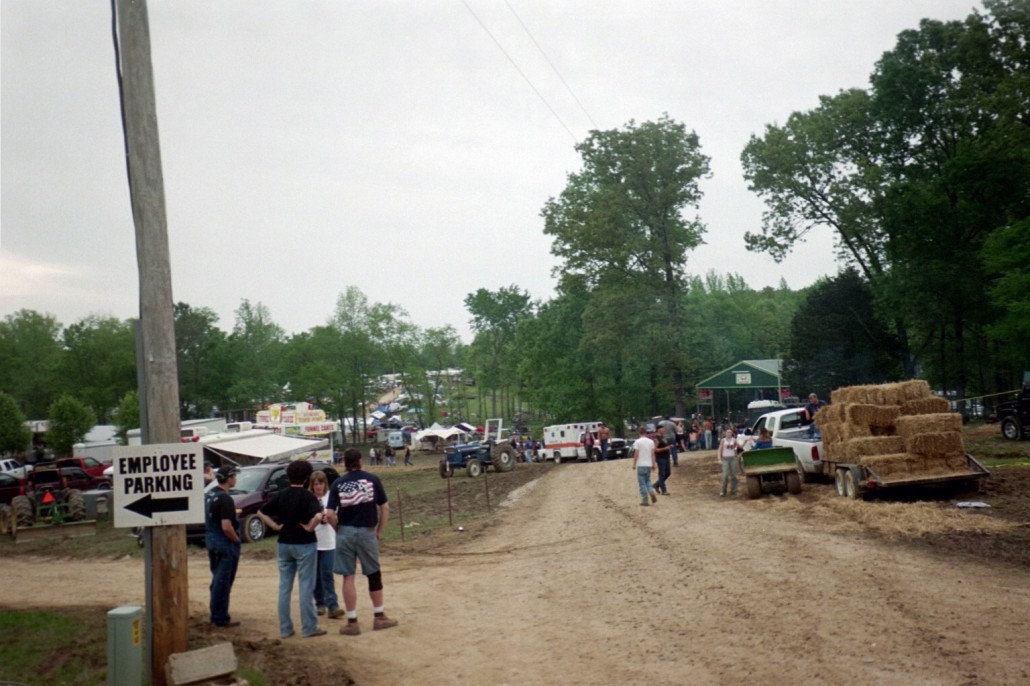 He bought an adjoining tract of land and soon began taking down trees and clearing the marsh, creating a natural amphitheater area. It opened in 1999 with The Kentucky Headhunters performing a sold-out show to 3,000. Blankenship brought in the dozers and expanded the seating to 4,000, which .38 Special sold out. The dozers came back to expand the seating area to the current 5,000. Charlie Daniels, the first concert after that expansion, sold out 95 percent of the area.

The park had a great a deal of success in the early 2000s, hosting concerts by  Styx, Tesla, Foghat, 38 Special, Lynyrd Skynyrd, George Jones, Eddie Money and the Charlie Daniels Band.

It caught national attention but in a negative way when a slightly dramatized article ran in the New York Times about the scene that was created at the Park.  The park also got a reputation for fights and general unruly behavior and the crowds eventually dwindled and the park closed a few years later.

The park has hosted many a bike rallies in its time as well which added to the unruly reputation.

and if you visit you just might catch a tractor ride

Bride in Ripley, ties baby to back of wedding dress to walk down the aisleBirthplace of Miniture Golf in Chattanooga