Home Bucksnort, an exit sign to a town that is no longer there

Bucksnort, an exit sign to a town that is no longer there 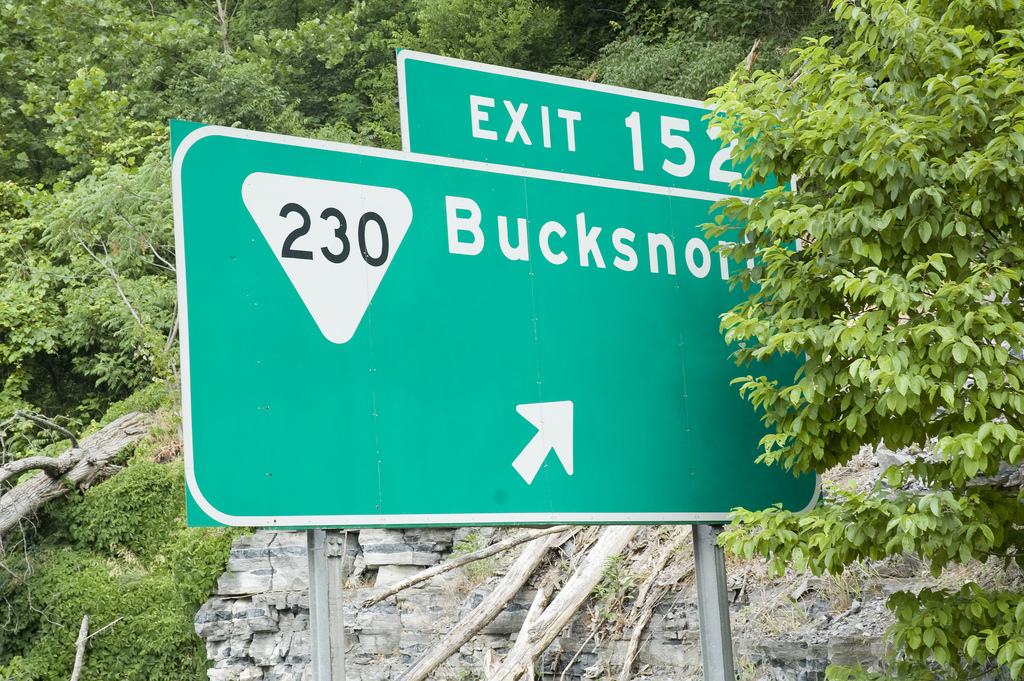 If you have traveled I-40, you probably have seen the sign, a very interesting exit to nowhere, the exit of Bucksnort.

The story goes that Bucksnort got its name from a man who loved his whiskey. 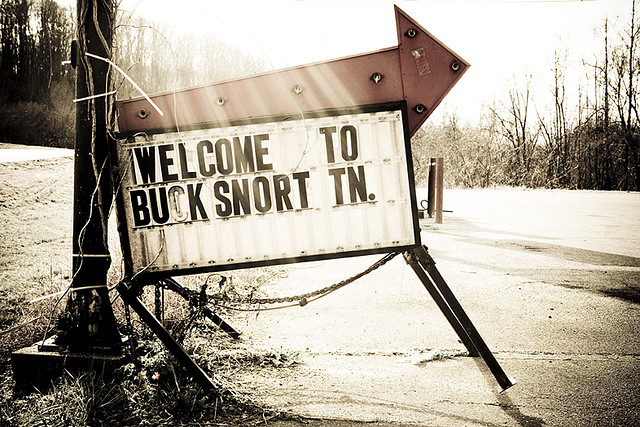 If you have heard any history of the Bucksnort Community it was probably the he story below, as it is the often cited story for the history of Bucksnort, TN. However it is not,  it is the history of Mimosa, TN in Lincoln County which was also called Bucksnort prior to 1898.

“The town got its name from William (“Buck”) Pamplin, a brother of McCager Armpstead Pamplin, my father’s father. Before the Civil War, William owned and lived on the site that later became Bucksnort.

It was like this: William loved whiskey. He would get soused to the ears with the sweet, smelly stuff, and when he did, he would roar and snort till everyone around heard him. They would say: “Just listen to Buck snort.” His snorting became so frequent and the comment was made so often, that the neighbors soon found themselves running the last two words together, thus the place was called Bucksnort.

In the course of time, a post office was needed. The Government wanted to know what name the community wished to be known by. Since William still owned and lived on the site, and since he still kept up his snorting, the neighbors and near-by farmers decided on Bucksnort. It was approved by the Government and the first post office and surrounding community became Bucksnort.”

The Bucknort community never had a post office or a postmark as described in the often wrongly cited story of Mimosa, TN. The post mark of the Bucksnort community was Dunnington, TN, also a town that is no longer there.  Dunnington had post office, doctor’s office, general store, blacksmith’s shop and private boys and girls school called Spring Mount Academy, which was founded in 1850 and flourished and well patronized for many years in the 1800s.

Once I-40 was built, the town was already on the decline and with the interstate being right by and bypassing the town, it pretty much ended all existence of the town.  The former buildings have since either burned down or have succumbed to the elements.  While the town is gone, there is still a Bucksnort Road that is the first dirt road on the left after leaving the interstate.  This road leads to a bridge that crosses back over the interstate where the one of the last original buildings of the Bucksnort community is still standing albeit in ruins.  What is interesting is the town won’t be forgotten event though its history has, since the exit was officially named the Bucksnort exit and will be noticed for its peculiarity by all east/west travelers in Tennessee.

Bucksnort’s fame and legend is international leading a man from Netherlands to make the pilgrimage to see Bucksnort, which he chronicled in the video below and even wrote a song about it. 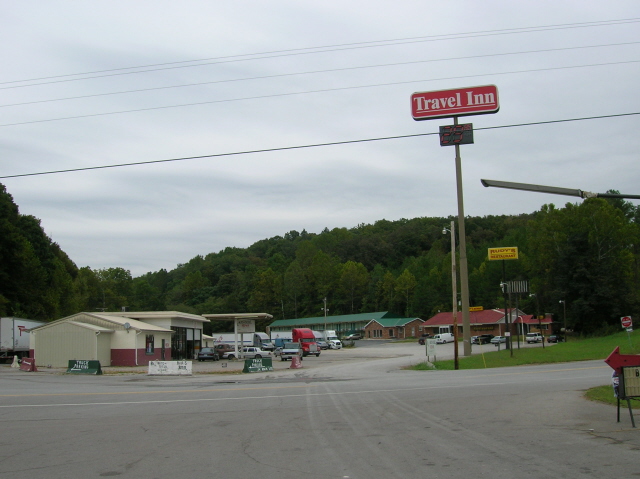 The current business at the exit consist of a gas station and a hotel.  The restaurant at the hotel “Rudy’s” has closed in the past few years.  There is currently a trail horse riding outfit nearby Bucksnort Trail Ride and the Bucksnort Trout Ranch.  There was also a Pinball museum nearby on Only, Tennessee but is has since closed as well. Check out the video below to see the pinball museum in its hey-day.

A state prison was built in 1971 in nearby Only, TN – with a very non-descript name for a prison, Turney Center Industrial Complex

There was also an interesting story of a couple stranded in Bucksnort due to a car breakdown, the story ended up reconnecting a family to their ancestors and lost graves.  Check out the story and make sure you read the comments

Birthplace of Miniture Golf in ChattanoogaPal's is both well run and least known, an East Tennessee secret