Before Tennessee there was the State Of Franklin an independent nation

In 1784, four counties in western North Carolina declare their independence as the state of Franklin. The counties lay in what would eventually become Tennessee.

The following May, the counties petitioned for statehood as “Frankland” translatable as “the Land of the Free,” to the United States Congress. A simple majority of states favored acceptance of the petition, but it fell short of the two-thirds majority needed to pass, even after the counties’ changed their proposed name to “Franklin” in an attempt to curry Benjamin Franklin’s and others’ favor. 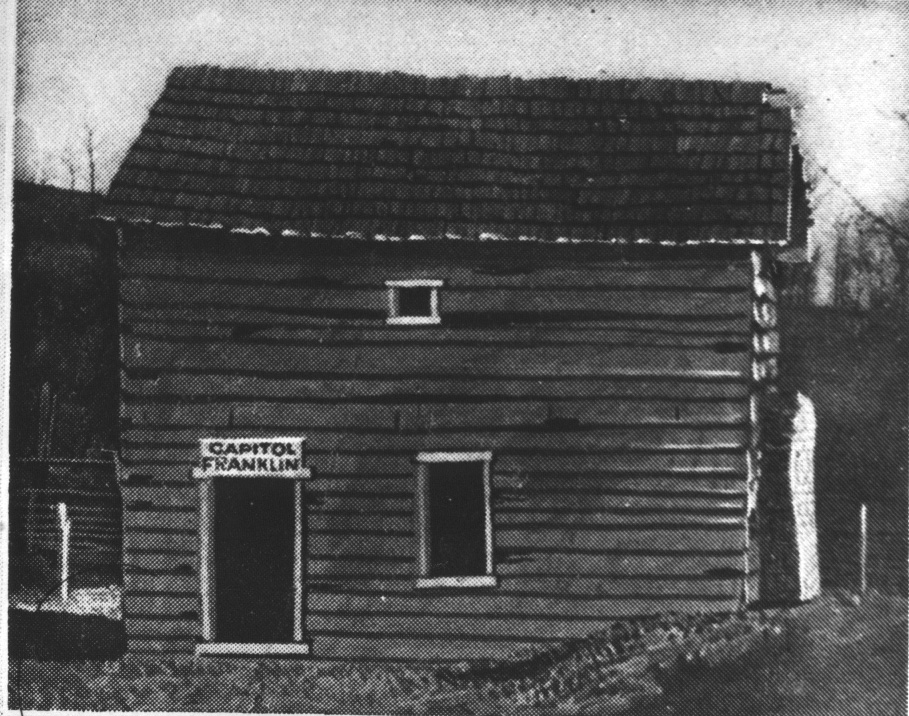 Capitol of the State of Franklin

In defiance of Congress, Franklin survived as an independent nation for four years with its own constitution, Indian treaties and legislated system of barter in lieu of currency, though after only two years, North Carolina set up its own parallel government in the region. Finally, Franklin’s weak economy forced its governor, John Sevier, to approach the Spanish for aid. North Carolina, terrified of having a Spanish client state on its border, arrested Sevier. When Cherokee, Chickamauga and Chickasaw began to attack settlements within Franklin’s borders in 1788, it quickly rejoined North Carolina to gain its militia’s protection from attack.

Paper and coin money never took hold in Franklin. According to one account, the Franklin legislature spelled out a system of exchange using animal skins. The governor of the state of Franklin got a salary of 1,000 deer skins; the chief justice 500 deer skins; the governor’s secretary 500 raccoon skins; and the treasurer 450 otter skins. 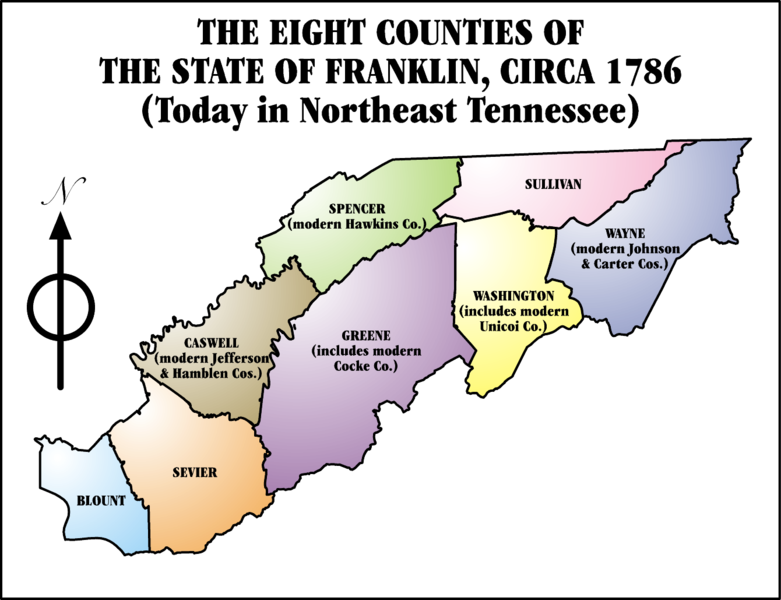 North Carolina regains control of the region in 1788 by pardoning its leaders. Sevier eventually learns through all these travails, the manners and fallacies of government. He is elected as a Senator in North Carolina. In 1789 North Carolina ceded again the region in the west and Franklin became part of Eastern Tennessee in 1796. John Sevier becomes the first Governor of the new state of Tennessee.

Jack Daniels barrels get a second life flavoring a sauce favoriteKnoxville World's Fair, expected to make $5 million only made $57