Home Cornelia Fort a woman before her time, etched in history

Cornelia Fort a woman before her time, etched in history

Cornelia Fort, second from the left

As the first pilot to encounter the Japanese air fleet during the Attack on Pearl Harbor and narrowly survived the attack. Cornelia Fort was a women that made her mark in history, in what became a tragically short life.

I was happiest in the sky⎯at dawn when the quietness of the air was like a caress, when the noon sun beat down, and at dusk when the sky was drenched with the fading light.
– Cornelia Fort

She grew up on the family farm Fortland located in what is now Shelby Bottoms/River Greenway as the main house burned down in 1942. Her Father, Dr. Rufus Fort felt that flying was dangerous and he made his sons swear that they would never become pilots. He forgot to include Cornelia in this oath, and she became interested in flying, making her first solo flight in April 1940, and becoming a civilian instructor pilot in Hawaii. 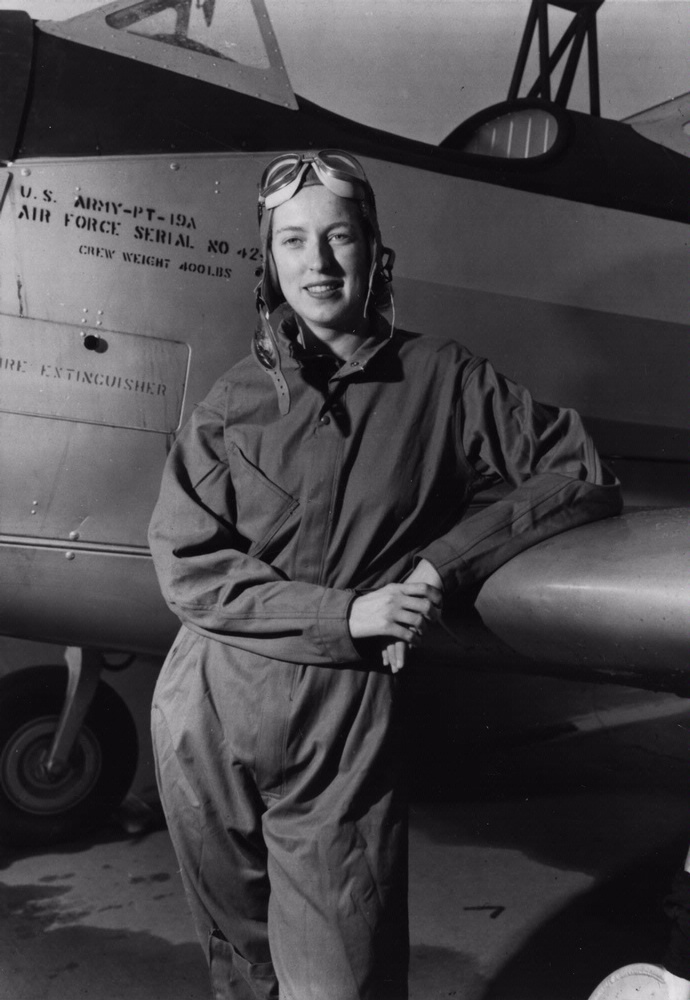 On December 7, 1941, while Cornelia was teaching takeoffs and landings to a student pilot, they became eye witnesses to the first wave of attacks on the ships in Pearl Harbor.

Fort grabbed the stick from her student, slammed the throttle forward, and climbed desperately. The military intruder passed so close below them that its engine violently rattled the Cadet’s windows. That’s when Fort recognized the rising-sun insignia on its wings. Japanese bombers were pouring in from the northwest, and smoke was rising from Pearl Harbor.

As quickly as possible she landed her plane at the civilian airport near the mouth of Pearl Harbor. She and her student ran for cover as the Japanese plane strafed her airplane and the runway. The airport manager was killed in this attack and two other civilian airplanes that had been in the sky that morning never returned.

Cadet, 37345, Cont. 65 [Continental 65-horsepower engine]—Flight interrupted by Japanese attack on Pearl Harbor. An enemy airplane shot at my airplane and missed and proceeded to strafe John Rodgers, a civilian airport. Another airplane machine-gunned the ground in front of me as I taxied back to the hangar.

In 1943, at age 24, Cornelia Fort died. She was flying across the country with a group of other pilots. Adela Scharr, described what she believed happened, “This young man had sort of cornered Cornelia and was playing around like he was dog-fighting with her. The problem was that these fellows were young showoffs.” Lt. Stamme, a recent pilot with under 300 hours of flight was flying close to Cornelia, who held over 1,100 hours of flying. Fort’s plane and Stamme’s plane collided. Stamme’s landing gear hit Fort’s plane and investigators said, “the impact of such a mid-air collision could have jammed or damaged the canopy, making it impossible to open and causing the pilot to lose consciousness.”

“I am grateful that my one talent, flying, was useful to my country,” – Cornelia Fort

Cornelia Fort Airpark, a general aviation airport in East Nashville is named in her honor.

Cornelia was a woman before her time, rebelling against the norms society placed on her. “Many of our Nashville friends were meadowmousy and we had lived in a very traditional style,” said Cornelia’s sister, Louise. “I think she was a great rebel of her time.” Rob Simbeck, a Nashville writer who in 1999 published a great biography, Daughter of the Air, calls her a “hero, someone who lived for something bigger than she was, someone who gave of herself in a cause she believed in and a country she loved.”

Which one of these 3D Jesuses are actually at a church in Tennessee?Have you ever heard a 27 string guitar?