Four decades ago, a number of University of Tennessee students and a few others decided to bare not their souls but their bodies. The streaking craze that had been sweeping the country suddenly arrived in Knoxville.In 1974 Walter Cronkite designated Knoxville as the “Streaking Capital of the World.” It was in the spring of that year that an estimated 5,000 people on Cumberland Avenue took their clothes off… stripping on the “strip”. 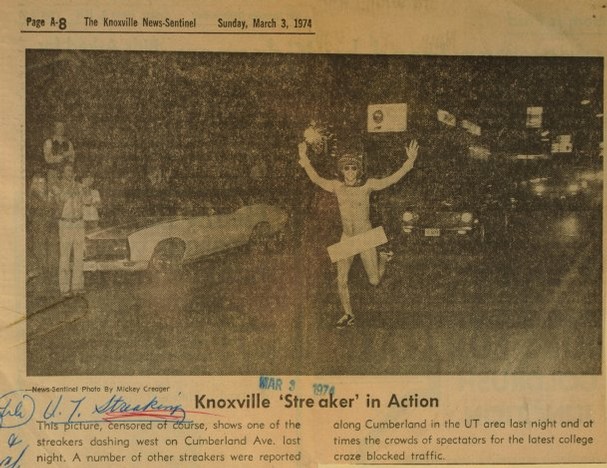 A fiberglass bull on the roof of Sam ‘n Andy’s, a popular hangout, barely survived dozens of simulated sex acts. Some couples had sex on the sidewalk. 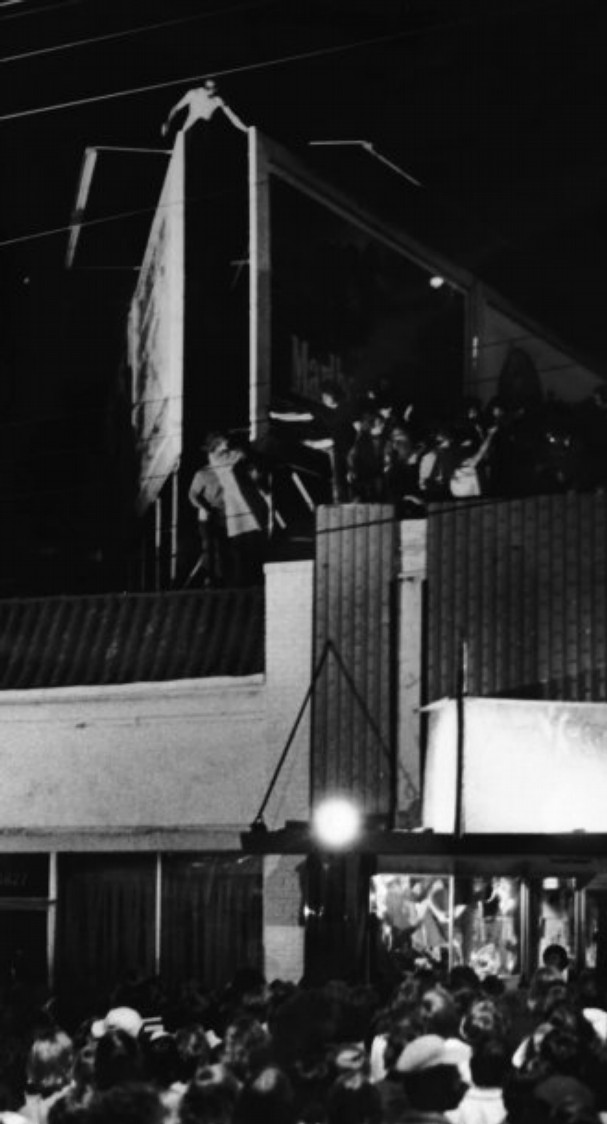 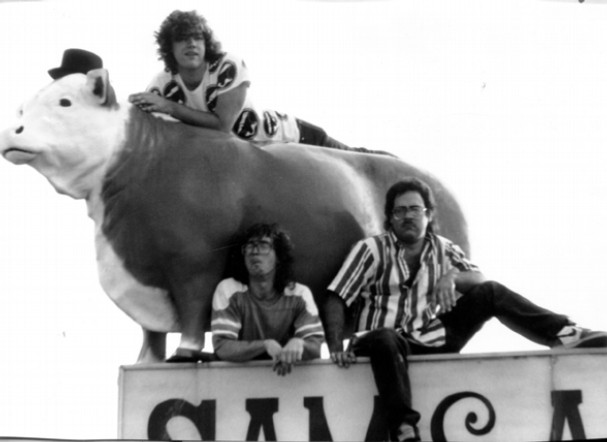 “We sure got an eyeful,” one worker said.

UT Chancellor Jack Reese and Police Chief Joe Fowler vowed not to tolerate further stunts and blamed the uproar on media hype. Ray Stevens’ ballad “The Streak” had helped popularize the trend, fraternities had sponsored streak-offs, and at least one bar on the Strip had offered a bag of beer to any female streakers brave enough to claim the prize.