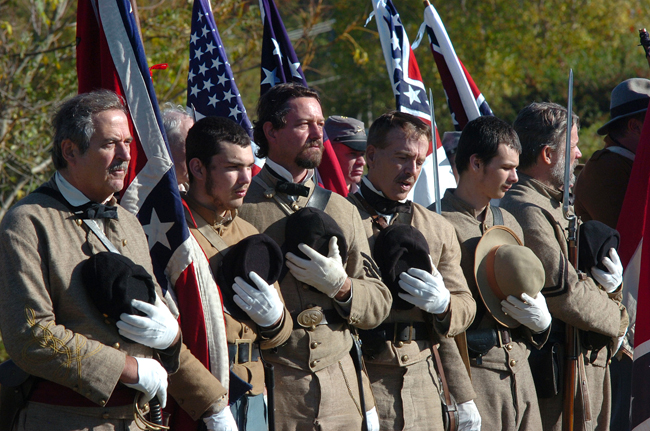 The earliest observance of a Memorial day occurred in Columbus, Mississippi, April 25, 1866, when a group of women visited a cemetery to decorate the graves of Confederate soldiers who had fallen in battle at Shiloh in Tennessee. Nearby were the graves of Union soldiers, neglected because they were the enemy. Disturbed at the sight of the bare graves, the women placed some of their flowers on those graves, as well.

In 1966, Congress and President Lyndon Johnson declared Waterloo, N.Y., the “birthplace” of Memorial Day. There, a ceremony on May 5, 1866, honored local veterans who had fought in the Civil War. Businesses closed and residents flew flags at half-staff. Supporters of Waterloo’s claim say earlier observances in other places were either informal, not community-wide or one-time events.

Many Southern states also have their own days for honoring the Confederate dead.  Tennessee officially celebrates on June 3, Jefferson Davis’ birthday and calls that date Confederate Decoration Day.

Gen. Logan’s order for his posts to decorate graves in 1868 “with the choicest flowers of springtime” urged: “We should guard their graves with sacred vigilance. … Let pleasant paths invite the coming and going of reverent visitors and fond mourners. Let no neglect, no ravages of time, testify to the present or to the coming generations that we have forgotten as a people the cost of a free and undivided republic.” 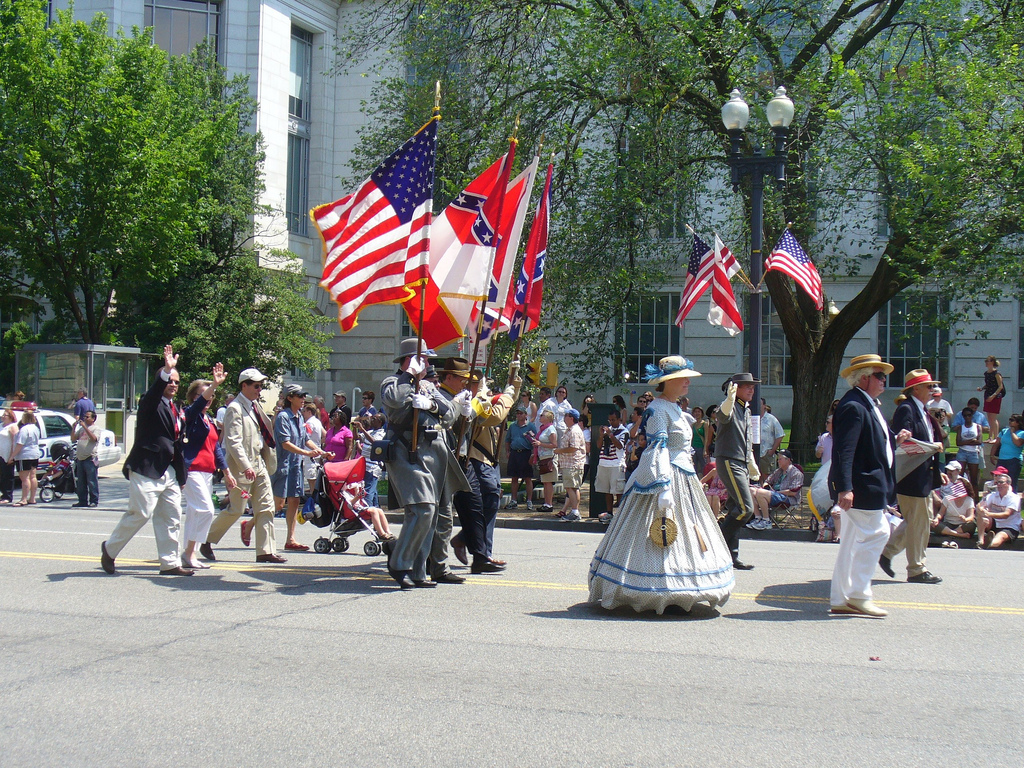 It’s sometimes called Confederate Memorial Day and was a state holiday in Tennessee for years. In 1969, the state legislature made it a State Day of Special Observance.

In Tennessee, Confederate Decoration Day is celebrated in a number of communities around the state, but there is no statewide observance. Confederate memorial celebrations peaked between 1890 and 1910. 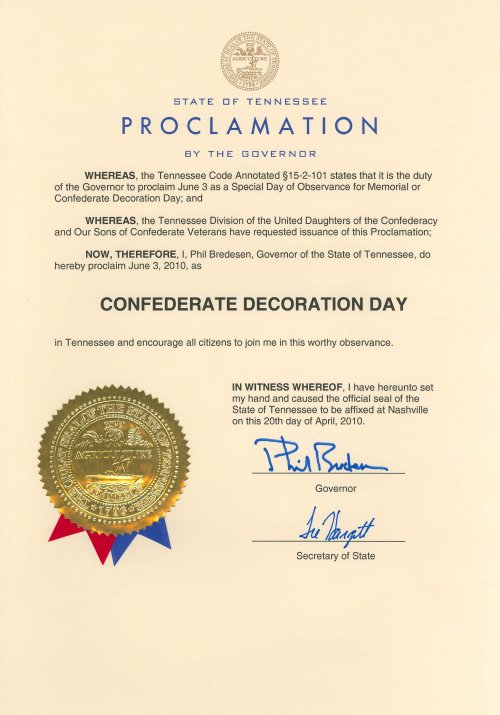 Tennessee’s proclamation –  “Confederate soldiers are remembered for their loyalty to comradeship and country; and the south sought an honorable separation, and with equally honorable acquiescence in its failure, re-entered the union to defend its honor and maintain its glory forever; and all states should hold our general government true to the landmarks which our fathers have set.”

The Authentic Castle Gwynn in Tennessee, a dream 40 years in the making Beersheba Springs, a beautiful resort town that lost it's spring