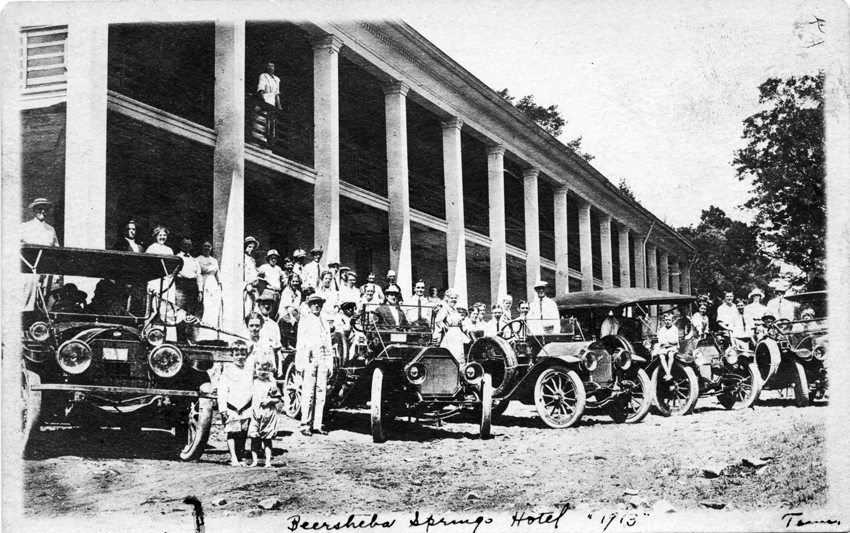 In 1833 Beersheba Porter Cain discovered a chalybeate spring, a mineral spring containing salts of iron.. The spring and surrounding area, located above Collins River Valley, would be incorporated in 1839. Upon its incorporation, Beersheba Springs would serve as a summer resort with a small hotel and log cabins. 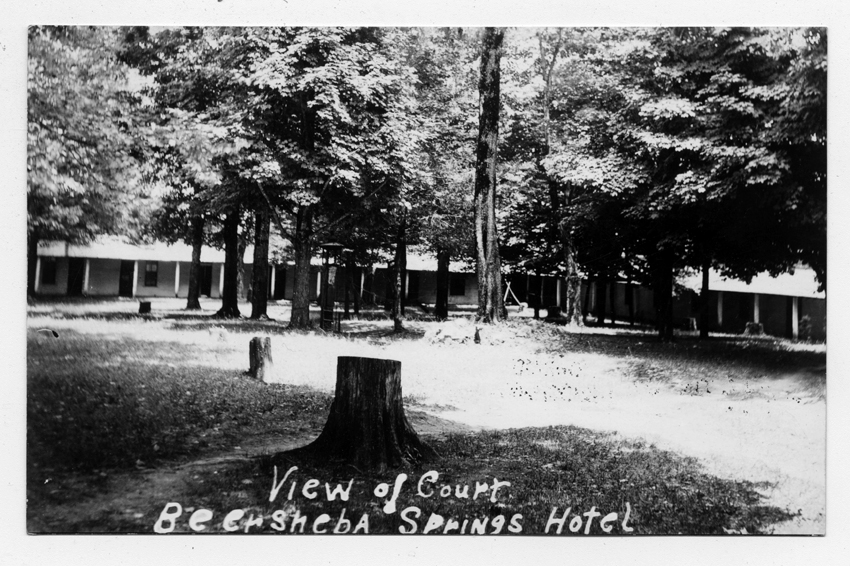 The resort would be popular with stagecoach traffic that would travel between Chattanooga and McMinnville. It was notable for its mineral waters. 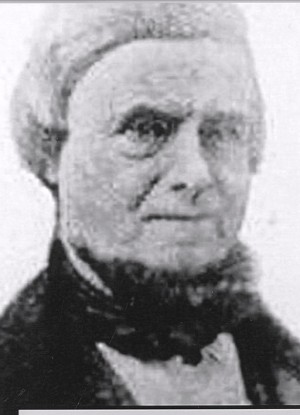 In 1854 Colonel John Armfield, a slave trader from Louisiana, acquired the property. Upwards of 100 slaves were brought to Beersheba Springs to work on Armfield’s changes to the property: a new luxury hotel, cabins and grounds that would accommodate 400 guests. The resort would feature laundry facilities, ice houses, billiard rooms, and bowling alleys. French chefs were brought in to serve guests, as were musical acts from New Orleans. 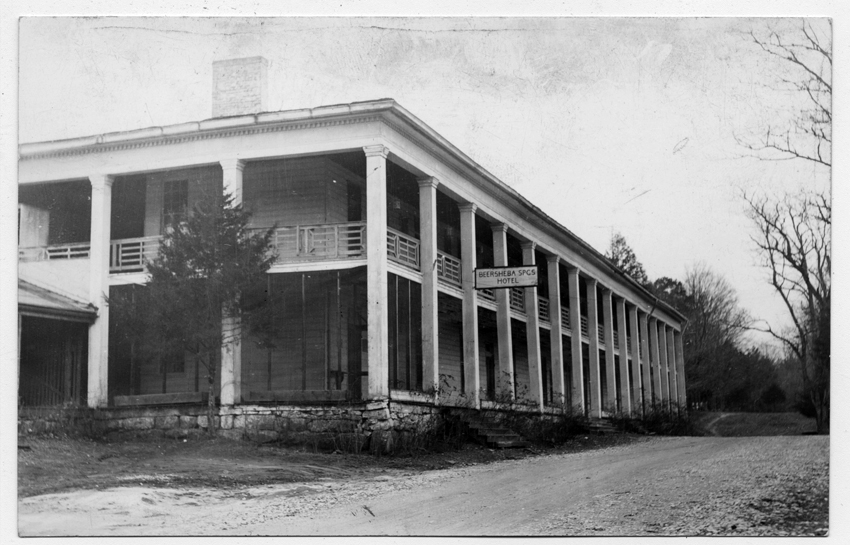 Armfield added a laundry, ice houses, billiard rooms, and bowling alleys to the grounds.   He planted many shade and fruit trees and rebuilt the observatory. French cooks and servants catered to the wealthy patrons.  A band brought up from New Orleans supplied the music for the dances.  The watering spa also adhered to the custom of playing the oach up the mountain. The horn of the coachman conveyed when the horses were resting and could let the staff know how many new visitors to expect for supper. 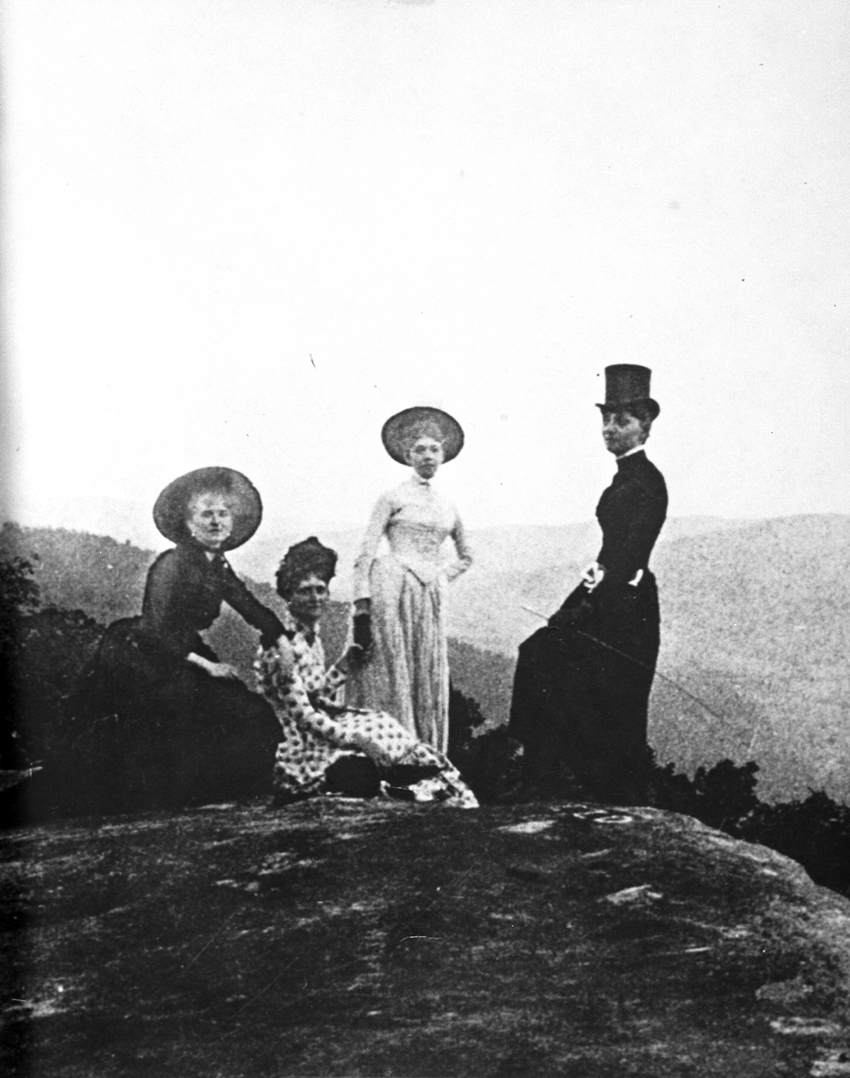 Ladies at the Great Door, an overlook at Beersheba Springs, ca. 1870

Franklin Pierce the 14th president of the United States was a guest of the resort prior to his presidency. 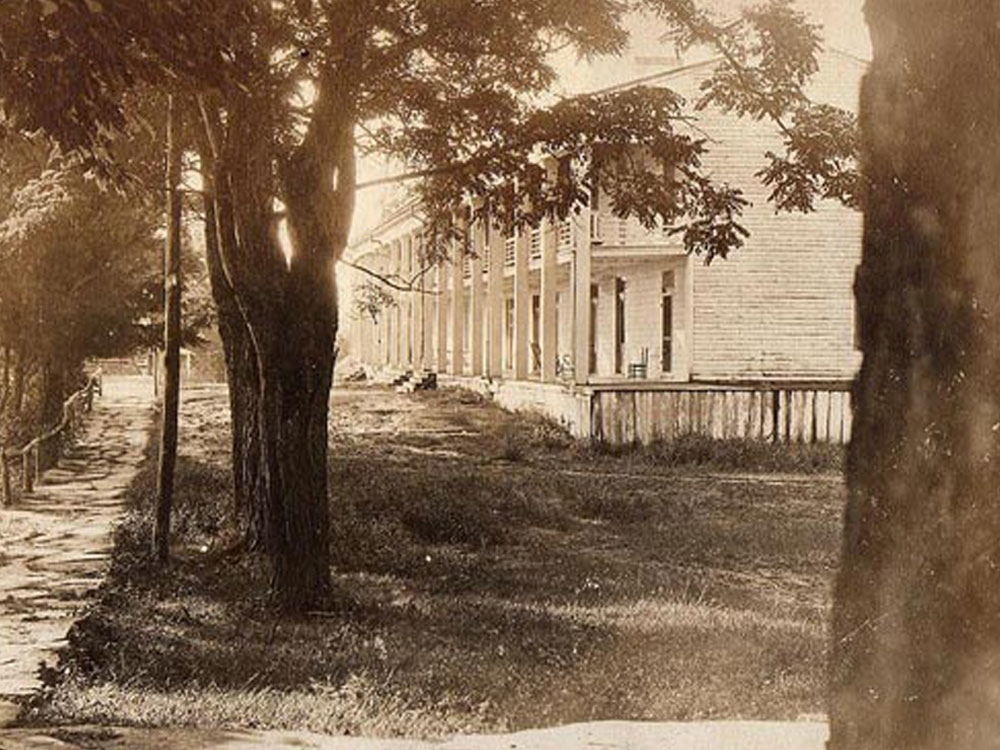 It would be from the wooden observatory at the front of the hotel that Confederate and Union activity in the valley below could be watched as the Civil War engulfed this region and this exclusive way of life.  The constant threat of raids and plundering unsettled the area. 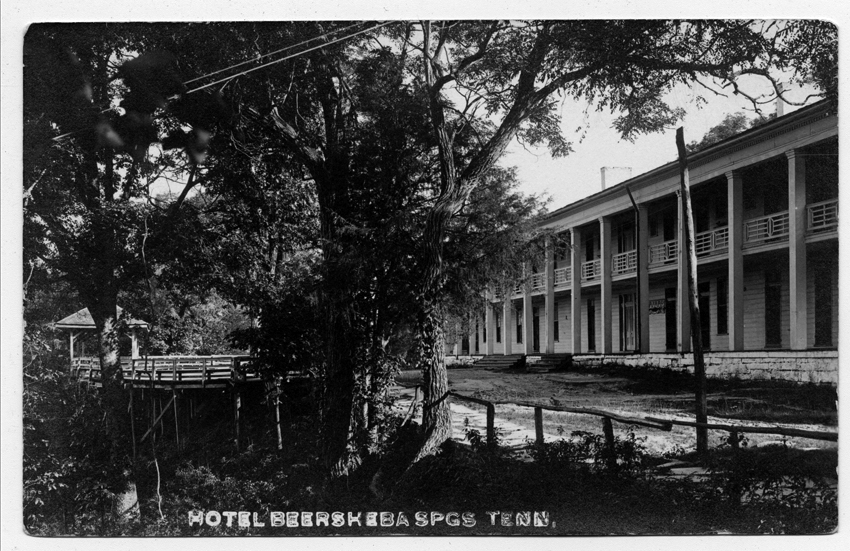 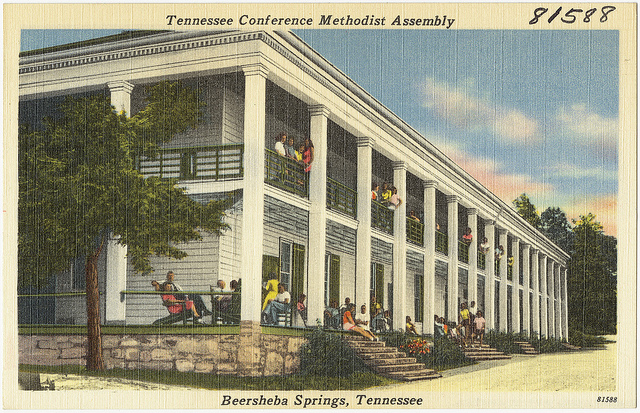 Take a look at this scenic video of the nearby Stone Door and Greeter Falls showing the beauty of the area. Notice the same place the ladies from the picture above are sitting and how it looks today almost 150 years later

Memorial Day has its roots in Tennessee and in the south but does not include Confederate soldiersNashville hotel visited by 7 presidents, and numerous celebs, destroyed by fire in the sixties