Home A Tennessee giant, Mills Darden, a real life Paul Bunyan and the largest man in the world

A Tennessee giant, Mills Darden, a real life Paul Bunyan and the largest man in the world

Of the giants who have roamed the earth, the tallest was Robert Wadlow, standing 8 feet, 11 ½ inches. And while he undoubtedly towered above all other men on the planet, he wasn’t history’s most all-around massive person. That title would go to Miles Darden (sometimes called Mills). 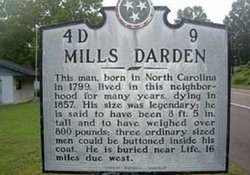 Mills Darden was widely reported to have stood approximately 7 feet 6 inches tall and is said to have weighed around 1,000 to 1,100 pounds at his heaviest, and at his death weighed more than one thousand pounds. For modern day comparison, he was slightly taller and twice as heavy as Andre’ the Giant. 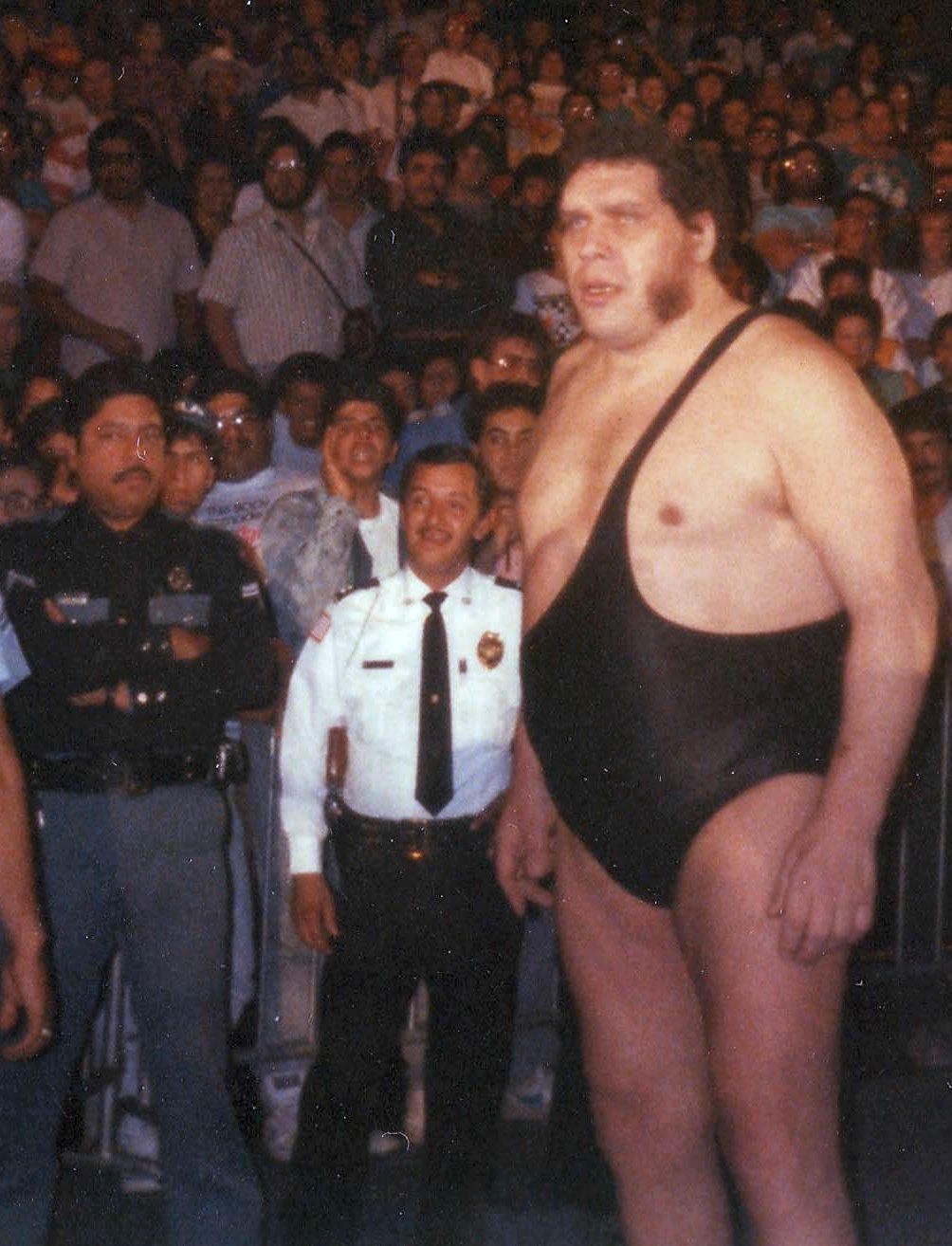 It is said at work he could lead a fullgrown ox with his bare hands. He lead a productive life of heavy labor. Since working on a farm in the 19th century was very demanding. It exhausting work even for men of 150-200 lbs. 200 lbs was big in those days. Most men in excess of 250 lbs would be unable to work that heavy that long. Not to mention a 400 lbs man and heavier.  There are no photos of Mills Darden, even though there is a couple circulating the internet that are misidentified as a photo of the giant. The one most listed as a photo of him is shown below however is a photo of a circus performer possibly Tiny Cowan in the 1930’s and not a depiction of Mr. Darden. 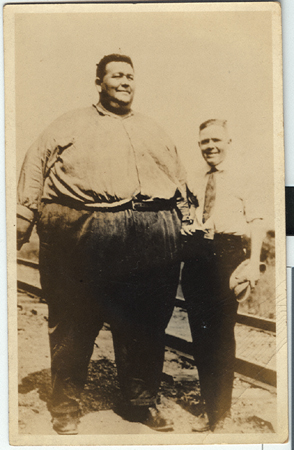 Picture Tiny Cowen, often misidentified as a picutre of Darden

Until 1838 he was active, energetic, and able to labor, but from that time was obliged to remain at home, or be moved about in a wagon. In 1850 it required thirteen and is halt yards of cloth, one yard wide, to make him as coat. His coffin was eight feet long, thirty-five inches deep, thirty-two inches across the breast, eighteen across tie bead, and fourteen across the feet.Mills Darden (October 7, 1799 – January 23, 1857) is alleged to have been one of the largest men in history. He was widely reported to have stood approximately 7 feet 6 inches (2.3 m) tall and is said to have weighed around 1,000 to 1,100 pounds (450 to 500 kg) at his heaviest. If the reported figures are correct, Darden was 30 percent taller and about six times as heavy as the average American male of today. 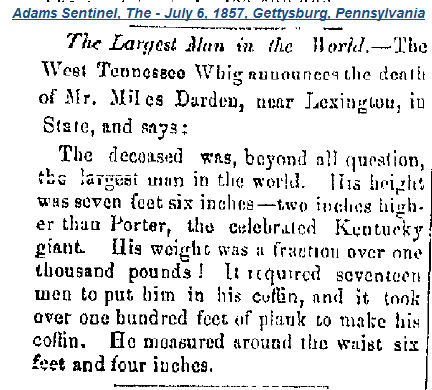 Mills Darden made his living as a farmer and reportedly owned a saloon at some point in Lexington, TN. There are many tales of his enormous size and strength, although it is difficult to tell whether they are fact or fiction. A few cunning villagers once measured his weight by marking the exact point his one-horse cart (which had springs) lowered to as he sat on it. Later on, they placed large rocks on the cart to see just how much weight it would take to match Mills sitting on it. They concluded that he weighed over a thousand pounds.

In Every Day in Tennessee History, James Jones claims Darden’s typical breakfast included one dozen eggs, 30 buttered biscuits, a gallon of water and two quarts of coffee. Darden could single-handedly pull a loaded wagon from a mud hole, whereas normal-sized men couldn’t budge it.

He died on January 23, 1857. He was buried in Lexington, Tennessee. Doctors stated the cause of death was due to strangulation — rolls of fat around his windpipe prevented him from breathing. His casket was eight feet long and took 17 men to place him in it. His grave, and his wife’s, have been restored by the Beech River Watershed Development Authority.