The Grand Ole Opry and Ryman Auditorium are know for its legendary musical moments but they missed a big one in 1954.  The reaction was probably like the Back to the Future Johnny B Goode scene “I guess you guys aren’t ready for that yet, but your kids are going to love it” 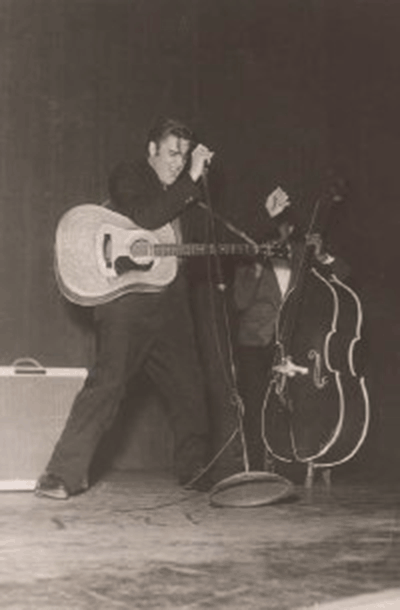 On October 2, 1954, a teenage Elvis Presley made his only Opry performance at the Ryman Auditorium. The music icon performed on the famous stage in the very early part of his career, debuting his high-energy brand of rockabilly with ‘Blue Moon of Kentucky.’  It was his first live performance on a “national” radio broadcast. He had just recorded his first record at Sun Studios  “That’s All Right Mama” just a few weeks prior.

Although the audience reacted politely to his revolutionary brand of rockabilly music, after the show he was told by Opry manager Jim Denny that he ought to return to Memphis to resume his truck-driving career, prompting him to swear never to return. In an era when the Grand Ole Opry represented solely country music, audiences did not accept Presley on the Opry because of his infusion of rhythm and blues as well as his infamous body gyrations, which many viewed as vulgar. 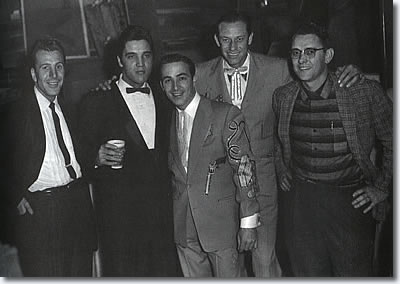 His lack of interest from the Grand Ole Opry may have been a blessing in disguise. The King of Rock and Roll went to the Opry’s biggest competitor, the live radio show ‘Louisiana Hayride,’ only two weeks later, and signed a contract to make 52 Saturday night appearances on the show, helping launch his legendary career.

KWKH radio announcer Frank Page introduced Elvis on his first radio broadcast from the Louisiana Hayride inside Shreveport, Louisiana’s Municiple Auditorium on this day, October 16, 1954. Elvis’ first trip to the Louisiana Hayride in Shreveport was memorable. He left Memphis on a Friday night, October 15, 1954, after a gig at the Eagles Nest, driving all night with Sam Phillips, Scotty Moore and Bill Black.

Knoxville World's Fair, expected to make $5 million only made $57The most unoriginal town name in America, presenting Nameless, Tennessee